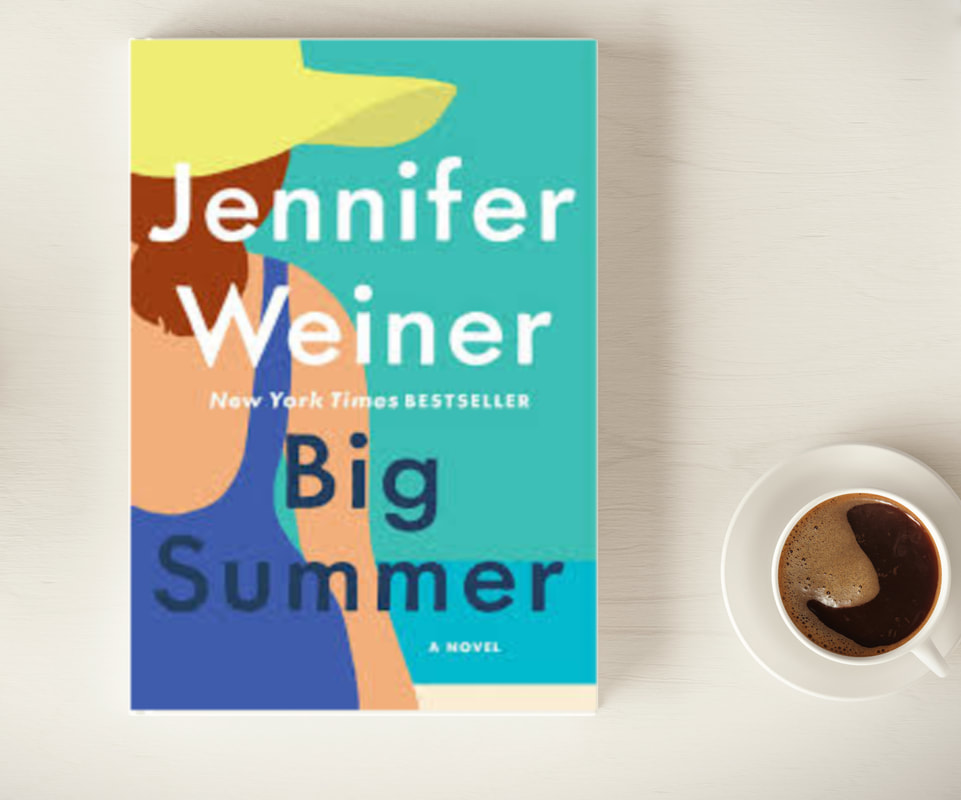 Big Summer, by acclaimed author Jennifer Weiner, was my Spring Break read. It was a good choice for escapism, and I could definitely use some escapism since travelling wasn’t an option and my chilly-Minneapolis-world offered low temps in the 20s. But in the world of Big Summer, it’s 80 degrees and Daphne travels to Cape Cod to attend the opulent wedding of her estranged high school friend, mean-girl/multi-millionaire/influencer Drue Cavanaugh. Daphne is also a social media influencer and she’s just scored a deal to promote an up & coming fashion designer as a plus-size spokesperson, via Instagram. This is an important detail, because while Big Summer is at once a mystery, a commentary on female friendship, and a story about love (both romantic and familial), it’s also about our identities both online and off-line. Image plays a big factor in how we see ourselves, but a million followers can’t save us from loneliness or heartache.

It had been years since I read a book by Jennifer Weiner. I loved Good in Bed, which was her first novel. It came out two decades ago, and I’ve since read many of Weiner’s other books and I have liked them all, though some I liked more than others. It’s not uncommon for Weiner to have an overweight female protagonist who struggles with self-image and judgement from mean, thin people. You don’t have to be overweight to identify with what Daphne goes through, as she deals with harsh treatment from her seemingly perfect peers, or struggles with body image and food cravings, yet becomes determined to love herself even as others deem her unworthy. I liked Daphne a lot and was rooting for her the entire time. The only thing I didn’t buy was how she always seemed to be the only overweight person in the room. Maybe that was just her perception, or maybe that’s the reality with posh East Coast get-togethers, but here in middle class Minnesota you never have to look too far to find someone who isn’t rail thin. But nonetheless, I get that Daphne constantly feels like an outsider due to her size, and this is one of her consistent struggles throughout the novel. She has to feel big in comparison to everyone else, so that sort of description is necessary. I also liked how her love interest, Nick, was totally into her and saw her as beautiful. I very much bought their relationship, even if it was a little rushed.

There were a lot of similarities between Big Summer and Good in Bed, especially when it came to the protagonists. Yet one of the key differences is that Good in Bed was written before social media had taken over all our lives, and Big Summer is ABOUT how social media has taken over all our lives. Early in the novel, Daphne is babysitting a boy who, in his own way, struggles with image and self-worth. He asks Daphne when things will get better, and she responds, “Here’s the good news: even if things don’t get better, you can always make them look good on the internet.” Daphne knows that lying on the internet is something everyone does, and she remarks, “In space, nobody could hear you scream; on the Internet, nobody could tell if you were lying.” But Daphne tries to be honest with her followers and with herself. She tells one of her followers, “Make sure you have people who love you, the real you, not the Instagram you. If you can’t be brave, pretend to be brave, and if you can’t do that yet, know that you aren’t alone. Everyone you see is struggling. Nobody has it all figured out.”

By the end of the novel, Daphne still doesn’t have it “all” figured out. But she’s figured out a lot, and both her emotional journey and the mystery at the center of the novel make for an enjoyable, worthwhile read. I highly recommend Big Summer.