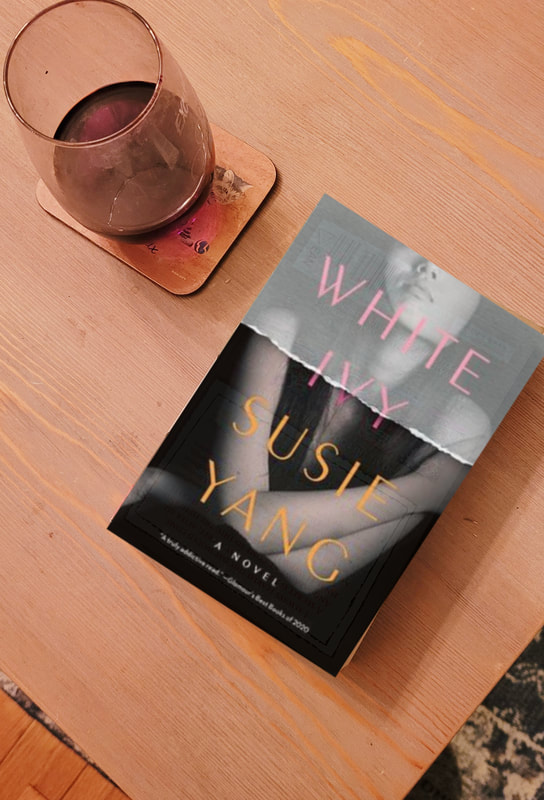 I have taken many fiction writing courses, and I’ve also had my writing reviewed by readers, critics, and my agent. One thing I’ve found to be consistent is, no one seems to like it when a main character does something unlikeable. Just this weekend, I took a fiction writing workshop where the presenter said the main character needs to be sympathetic or compelling, and he or she needs to change over the course of the novel. For most readers, a compelling main character doesn’t seem to be enough; they want her to be likable too. That’s why I find it so surprising that Susie Yang’s novel White Ivy is as big a hit as it is. Ivy, the main character, is neither sympathetic nor likable, though she is compelling. And she changes very little over the course of the novel.

Ivy is the daughter of Chinese immigrants, and from an early age, she learns to be a thief and a liar. Her grandmother is her guide in this subversive behavior, though Ivy also learns to be cold and calculating by example through her mother. When she’s in eighth grade, Ivy goes to a private middle school and meets Gideon, the golden child son of a local politician. Years later, Ivy reconnects with Gideon, and becomes determined to marry him. In fact, she will stop at nothing to become his wife, even though he leaves her unsatisfied. While engaged to Gideon, Ivy carries on a dangerous affair with the guy she’d met as a child, her neighbor who’d she’d lost her virginity to, and who is also an outsider. Yet while Ivy never feels passion for Gideon, she never wavers in her desire to marry him, so she can achieve the wealth and status his family represents.

“In the same way water trickles into even the tiniest cracks between boulders, her personality had formed into crooked shapes around the hard structure of her Chinese upbringing.” Much of what drives Ivy comes from her childhood struggles, the expectations placed upon her, and the feeling that she wasn’t classically smart or beautiful the way “American” kids are. Ivy stole because she didn’t have what she felt she needed, and she lied so she could get ahead. She viewed life as a battle, and “To show you were wounded from battle was to lose the war.”

Ivy is definitely a compelling character, if not sympathetic or likable. The story kept me interested and I sped through it, wanting to know what happened next. I was disappointed by the end, however. I felt the “twist” was pretty predictable, and Ivy didn’t change in any major way. I was left wondering what the point of the story was.

I have to recommend White Ivy because I really did enjoy reading it, but if you need a main character to be likable, or if you need a satisfying ending to have enjoyed a book, then skip White Ivy.