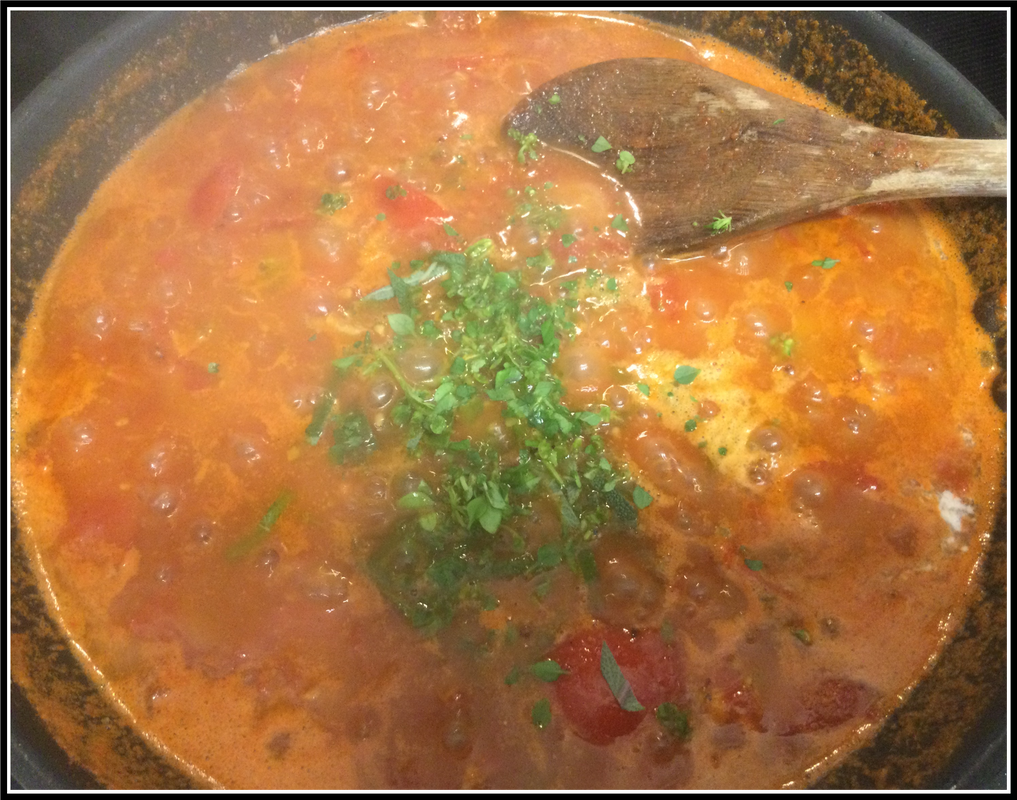 There’s nothing more natural than making a homemade/home-grown pasta sauce on a steamy August afternoon. Do you disagree? Well, consider the bounty of our backyard garden, and maybe you’ll understand. We had many, many tomatoes, and an embarrassment of basil and blue sage. 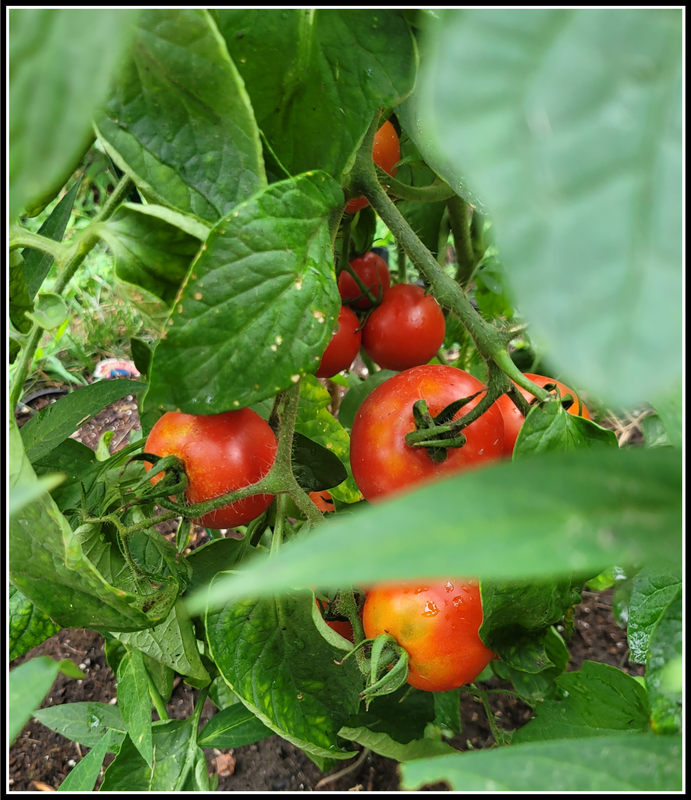 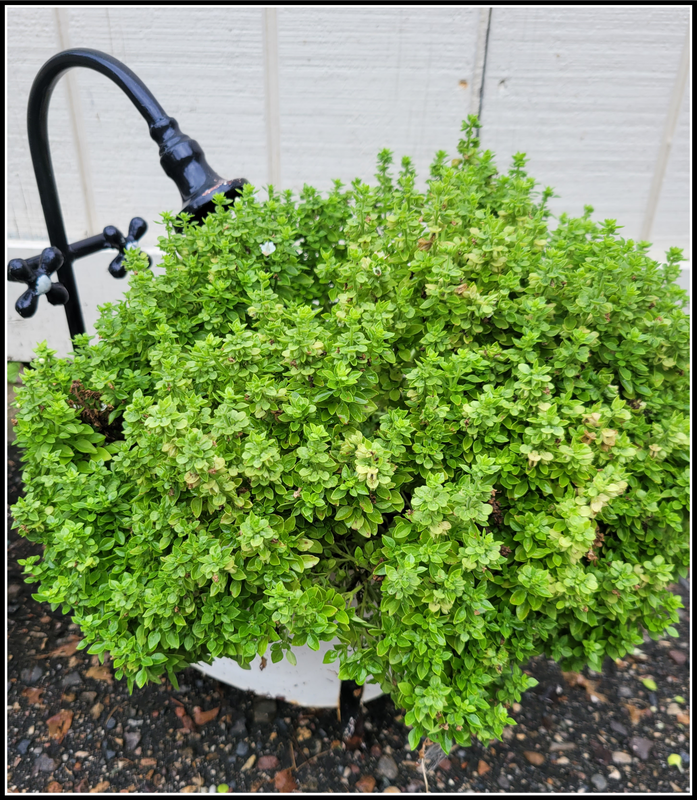 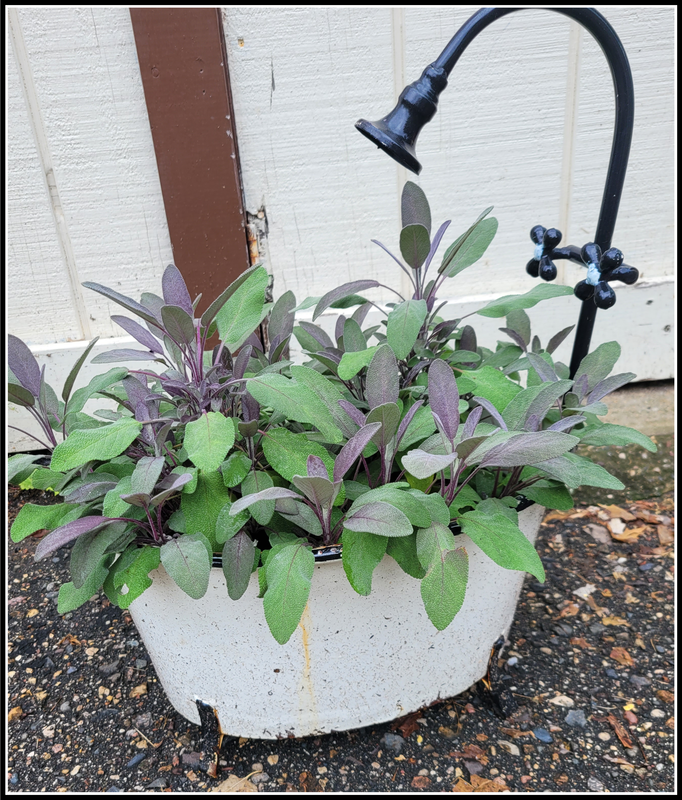 I decided I couldn’t let it all go to waste, and after pursuing various pasta recipes on the web, I came up with my own way to combine the ingredients. I think it turned out pretty well, because both (husband) Rich and (son) Eli gave me rave reviews, and insisted that I make it again. So that I won’t forget how I did it, I’m chronicling the whole process here.

I like to watch 80’s movies while I’m experimenting in the kitchen, and the natural choice for my pasta sauce project was the old chestnut, Mystic Pizza. While Lili Taylor implored her boss Leona to reveal exactly what she put in the sauce that makes it SO GOOD, I came up with my own sauce. Also, I found that Mystic Pizza aged really well. It’s sentimental and cheesy, sure, but at its core it has a feminist message and the theme is about female friendship rather than romantic love. 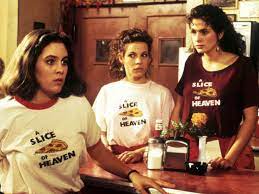 Anyway, I’ll give more thoughts about Mystic Pizza in a few. Right now I’ll describe how I made my sauce. I can’t give exact measurements for the tomatoes and herbs (basil & sage) I used, but here is pic of what I picked from the garden: 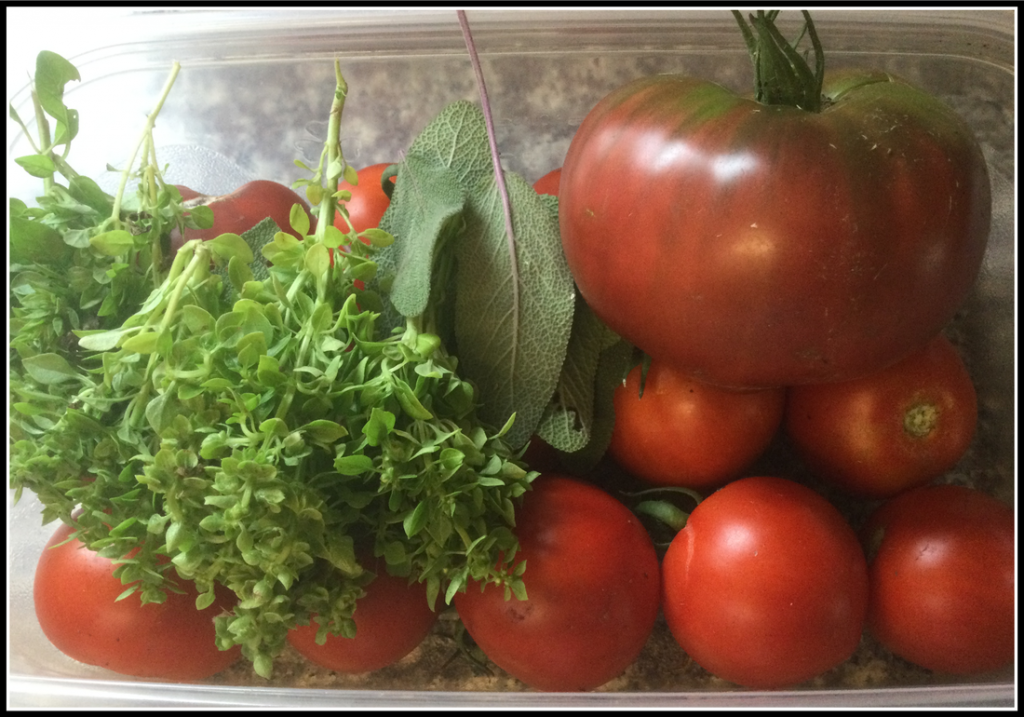 Before using the tomatoes and herbs, I chopped a small onion and sliced an entire package of turkey bacon. I sautéed it all with a tablespoon of olive oil until the onions looked sort of caramelized and the bacon seemed semi-crisp. Then I put it aside in a bowl. 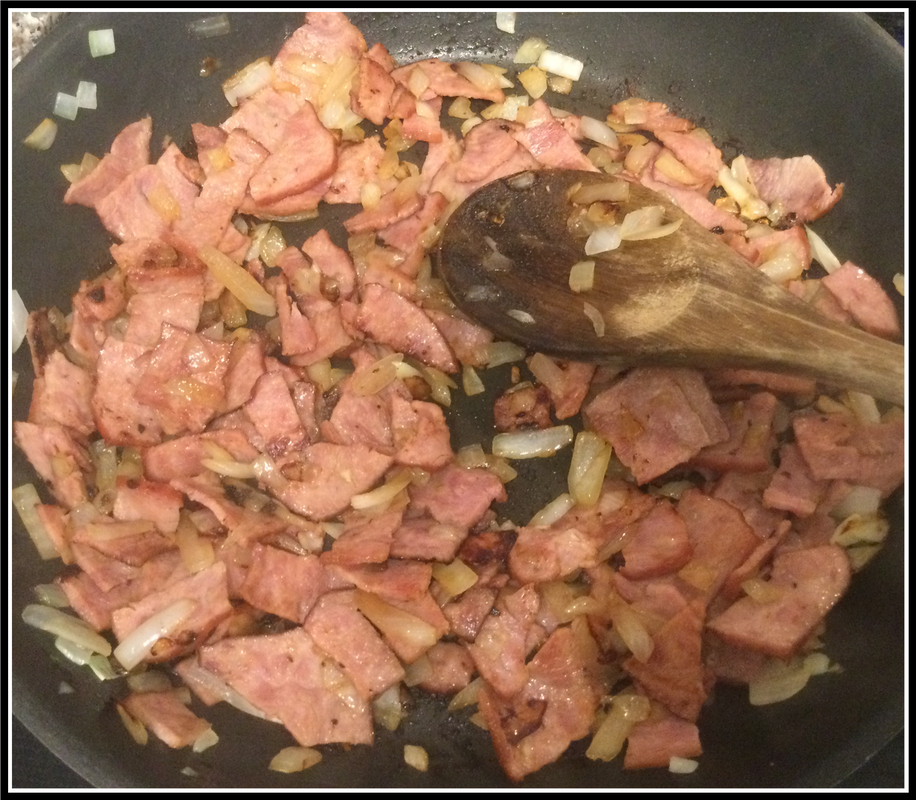 Then, it was time to roughly chop the tomatoes and thinly slice a few cloves of garlic. I love garlic, so I’m never light with my use of it. You can of course adjust how much you use to personal taste. 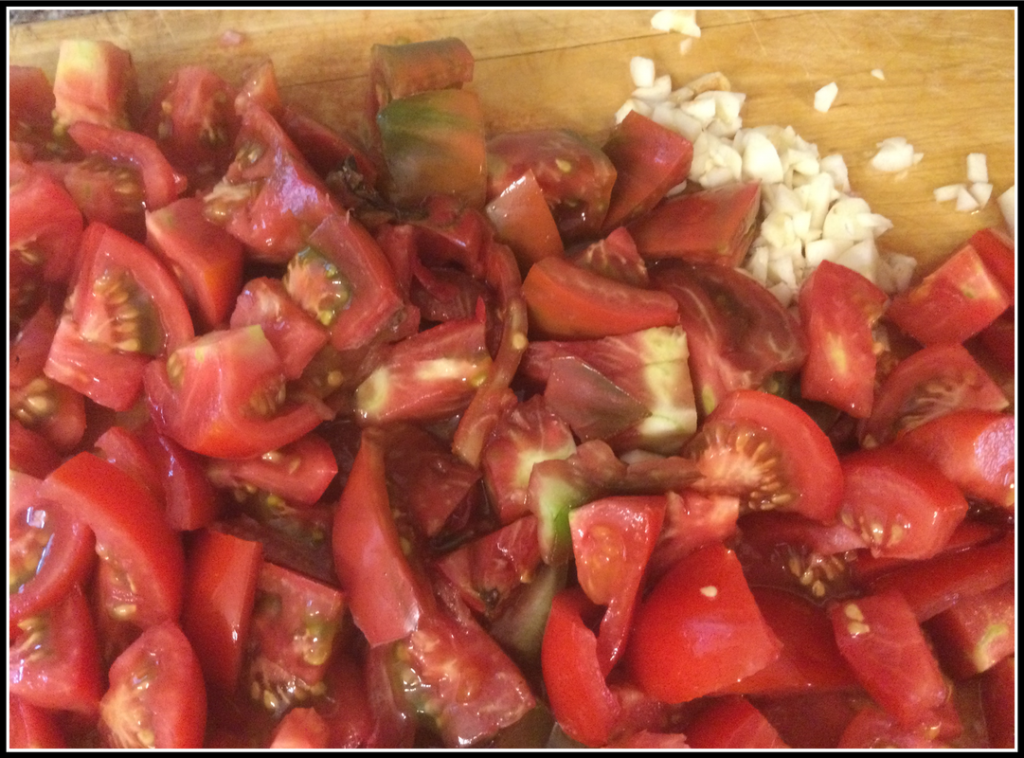 I put the tomatoes and garlic in the same pan I’d used for the bacon & onions, and I let it all simmer on medium heat for a while. I stirred and mashed the tomatoes as they softened. I threw in some salt & pepper. I poured in about half a glass of red wine. Then, when a lot of the liquid had evaporated, I added in two tablespoons of butter and the herbs. (I used my herb scissors to cut them up. If you don’t have a pair of herb scissors I strongly recommend buying a pair!)
​
This all took around thirty minutes. Then, I put the bacon & onion concoction back in with the tomato sauce, and let it simmer on low while I boiled some gnocchi. After it was soft, I mixed it all together along with some fresh mozzarella. 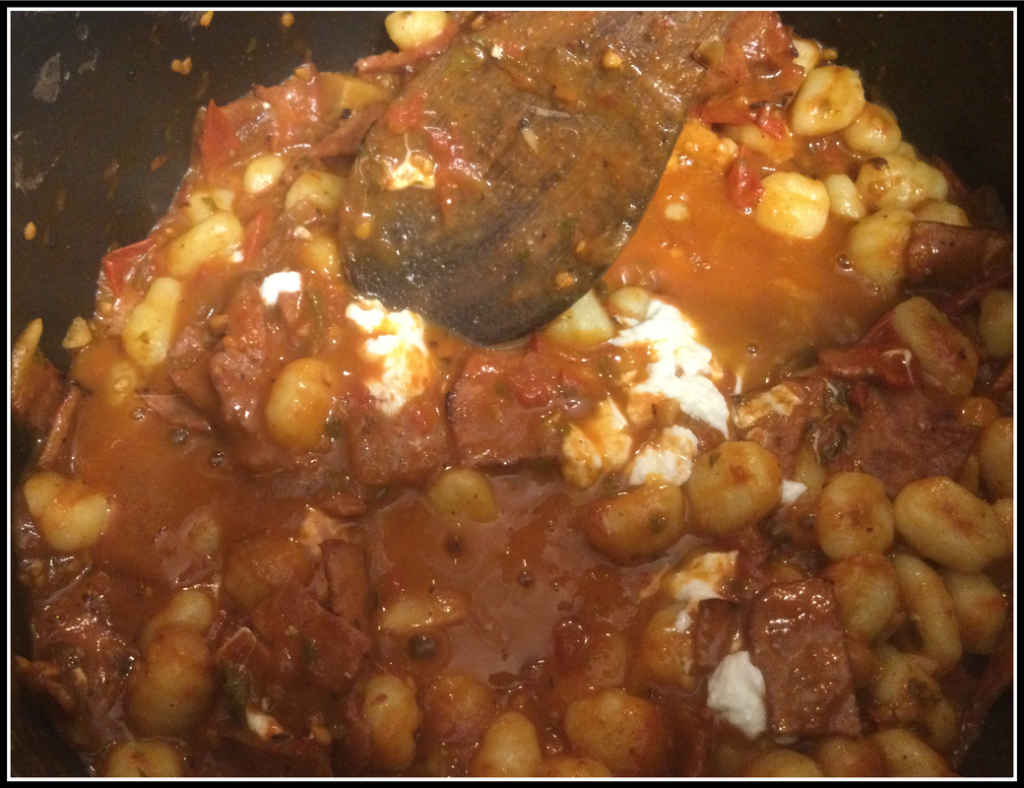 Finally, I served it in a bowl with some grated parmesan on top. 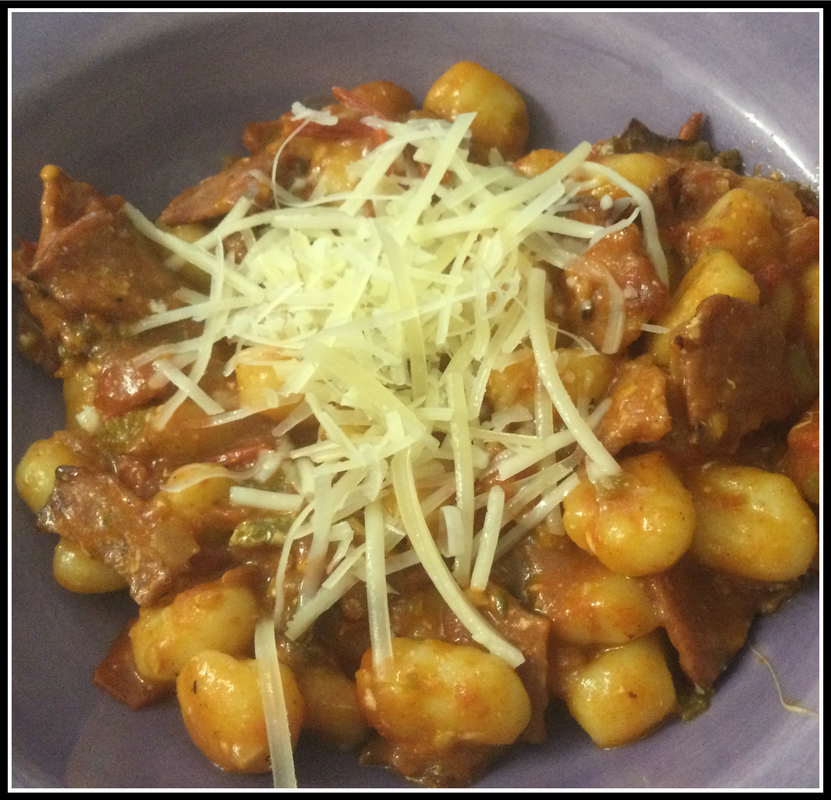 Making this took less than an hour and 48 minutes, which is the running time of Mystic Pizza. I didn’t even get to see the part where Charlie takes Julia Roberts to dinner with his family and his brother is a young Matt Damon. That’s okay. I’ve seen the film many times, and I remember how it ends.

I also remember the first time I saw it, in a movie theater on the night before I was to take the SAT. I went with my BFF, Shauna, and yesterday when I watched it, was her 50th birthday, so that seemed a good way to honor both her and female friendship. Mystic Pizza passes the Bechdel test, as two or more named women talk about something other than a man. Yes, Annabeth Gish, Julia Roberts, and Lili Taylor mostly talk about men, but that’s mostly in connection to their hopes and dreams for the future. And they also talk about college plans, conflicts with parents, and what might be in Leona’s fabulous pizza sauce. 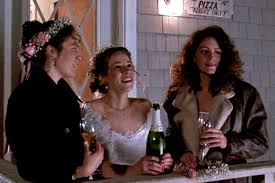 At one point, Lili Taylor declares it’s the ’80s, so she doesn’t have to marry an asshole. This was one of many moments when a female character naturally asserts her own power over her male partner, while staying sympathetic and likeable to the audience. That’s the genius of Mystic Pizza and why it stands the test of time.

I think you could even say the movie was ahead of its time. But whatever your thoughts are on either the film or my pasta sauce, I can solidly say that watching it while cooking pasta on a steamy August afternoon was satisfying, nostalgic, and tasty!