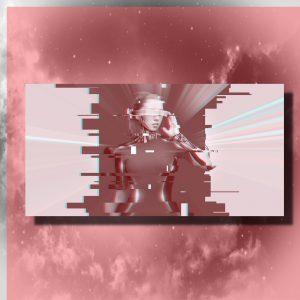 When it comes to fiction genres, people love science fiction. But how do you write a sci fi short story?

This post will take you through the steps, so you can write your own sci fi short story, or teach your students (even if you’re not that familiar with science fiction writing.) There’s a lesson plan, a sample story, and prompts.

Step 1: Warmup. Ask yourself or your students these questions, just to get your creative juices flowing.

Science fiction is  based on an imagined future scientific, technological advances, and/or major social or environmental changes. Often, it portrays space or time travel and life on other planets.

Step #2: Read and Discuss the sample story below.

Now that it’s all over, it seems like a bad dream. But when I look at Marty’s picture on my phone, I remember the reality of him. We grew up together; I always felt so lucky to live next door to the only boy on the block. My mother explained how special Marty was. “Before the plague of 2071, males were everywhere. But they were far more susceptible to the virus, and that’s why so many of them died.”

But females were mostly fine. Good thing there were sperm banks, because otherwise the human race might have ceased to exist. As it was, most of the males now living were toddlers, since the plague was only eradicated a few years ago.

That wasn’t the only reason I wanted to keep Marty to myself. We shared inside jokes and a love for comic books. We could spend all day riding our bikes along the lakeshore, or lounging in my hammock, eating smores made over the stove.  I said to him, “I love you, Marty. My heart belongs to you.”

“And my heart belongs to you, Beth.”

Then the change came: I would do anything for him, but  he was just “fond” of me. During our early college days I sort of let things ride, but once we went on to graduate school, I began to crowd him.

“I need some space,” Marty told me. “I’ve booked a ticket and I’m going to travel through Eastern Europe.”

Marty said he’d give me an answer to my proposal after he returned. I had to be content with that, but couldn’t help worrying. Marty was hard to read—introverted and thoughtful. Knowing the part of Europe he was going to, I was nervous, since it was where the plague first originated. It was also the birthplace of many strange medical practices and top-secret labs. Rumor was, the plague had come from such a lab.

When he didn’t return my texts, I let it go. But after six weeks of being ghosted, I was freaking out. The next thing I knew I was on a plane bound for the Continent. Within two hours after landing, I found him at a little inn in Poland, a quaint little place that looked as if it were made of gingerbread, and was surrounded by the Tatra Mountain range. I also found Dr. Edna Kelly.

Edna was beautiful in a translucent sort of way. Her skin was alabaster, her eyes an icy blue, and her hair pure silver, even though she didn’t seem older than 25. She also didn’t seem like she could have ever been young.

His usually shining brown eyes flashed angrily. “Why couldn’t you leave me alone? I told you not to come after me. I came here so I could think this out. For God’s sake, Beth, can’t you see I wanted to think? To be by myself?”

“But you promised to text,” I persisted, wondering at this change in him, this impatience. Wondered, too, at how thin he was. He’d always been pretty buff.

“Marty has been overdoing it,” Edna said slowly. “He’s always tired lately. He hasn’t been feeling well. He has a sore throat.”

I wanted to pull out Edna’s hair. I really did not like her. Not because I sensed her rivalry; I was above that. Rather, it was her confidence, her faith that Marty would choose her over me, no matter what I did or said.

I don’t know what to do with that. And suddenly, I didn’t care about Edna Kelly.

“Marty, babe. She’s no good for you, can’t you see that? What do you know about her?”

He looked at me, his eyes surprised and a little hurt. Then he looked at her and seemed to be looking through her and into himself, if you know what I mean. A slow flush spread across his face.

He looked out the window. “I’ve been struggling with plague symptoms. Edna’s been giving me injections, but it’s not enough. I’m going to the clinic that Edna runs for treatment. And Edna and I are getting married.”

“How about me, Beth?” Edna interrupted. “You haven’t asked me my feelings on the subject. I happen to love Marty. You don’t own him, just because you’re a childhood friend of his!”

“Childhood friend! I was everything to him for years before he ever heard of you! I’ll see you in hell before I let him marry you!” I shouted. Looking back, I’m sure that had she said anything else, I would have killed her, if Marty hadn’t come between us.

“That’s enough, Beth! If I choose to marry Edna, there’s nothing you can do about it. Now, please go.”

“Okay, Marty,” I said, “if that’s the way you want it. But I’m not through. If you won’t protect yourself, I’ll do it for you. People just don’t marry strangers; not if they’re smart. For God’s sake, ask Edna about herself!”

“All right, Beth,” he replied, smiling patiently. “I’ll ask her. Now, stop being such a baby.”

He didn’t ask Edna anything. I texted Marty incessantly, but there was no reply. Several nights later, my phone rang.

“Marty?” I answered breathlessly, after seeing his name on my cell phone’s screen.

“He’s alive, which is lucky, since the plague was about to kill him.”

“I don’t understand. I thought the plague had been eradicated.”

“No, but I have created a cure.” Edna sighed on the other end of the line. “Write down the address I’m about to give you. Then come visit Marty.”

When I got to the clinic, Marty sat in a lounge chair by a huge bay window, overlooking snow-capped mountains. Like the snow, Marty’s hair was a pure white.

“Marty!” He turned toward me, and I was struck by his pale complexion. His skin was nearly blue. “Marty, what happened to you?”

“What do you mean? What price?”

A voice spoke from behind me. “Marty underwent the cyroniac process.” It was Edna.

“Edna froze me to death,” Marty explained, “and then she thawed me and brought me back to life.”

“It’s the cure we’ve all been waiting for,” Edna said. “I know, because years ago, I was one of the few females to catch the plague. I volunteered to be frozen myself, and I was cured.”

“When I met Edna, she offered to do the same for me,” Marty said. “But only if I married her.” He smiled up at her. “Good thing I fell in love.”

I ignored the stab of pain that Marty’s words caused me. “I thought cryonics wasn’t possible, that the heart would crack open as it thawed.”

Edna shrugged. “We can survive a cracked heart,” she told me. “In fact, some people say having one makes life easier.” She widened her eyes, and leaned in to whisper. “We can reprogram the heart, you know. Through the injections, and then the procedure, Marty never stood a chance. His heart was always going to belong to me.”

Now, when I look at Marty’s picture, it’s hard not to be bitter. He was everything I ever wanted.

Did Edna infect Marty with the plague, just so she could “cure” him, and claim his cracked heart for herself? I will never know, but I do know this: Marty’s heart wasn’t the only one that Edna managed to break.

Step 3: Develop an Idea for a Story, or Choose a Prompt Below.

Before you start writing, consider the following and make notes if you wish.

What Qualities Do You Share With Your Main Character?

Just like with your main character, your setting needs to be both different from our world, but also realistic.

What Are the Similarities Between Our World and Your Fictional World?

Based on the prompt you chose or the story you’re writing, pick one of these to Google: Aliens, Third Eyes, UFO Landings, Animal Intelligence, Time Travel.  Find three facts/theories about your topic.

Establish Rules.  Make sure the world you create doesn’t contradict itself. Come up with some clear rules .

And with that, it’s time to start writing. Good luck! I’m sure you’ll come up with something brilliant!

If you want to continue learning the ins and outs of science fiction writing, I recommend this book I found on Amazon: Get Started Writing Science Fiction and Fantasy by Adam Roberts 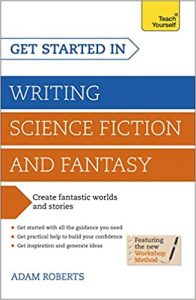