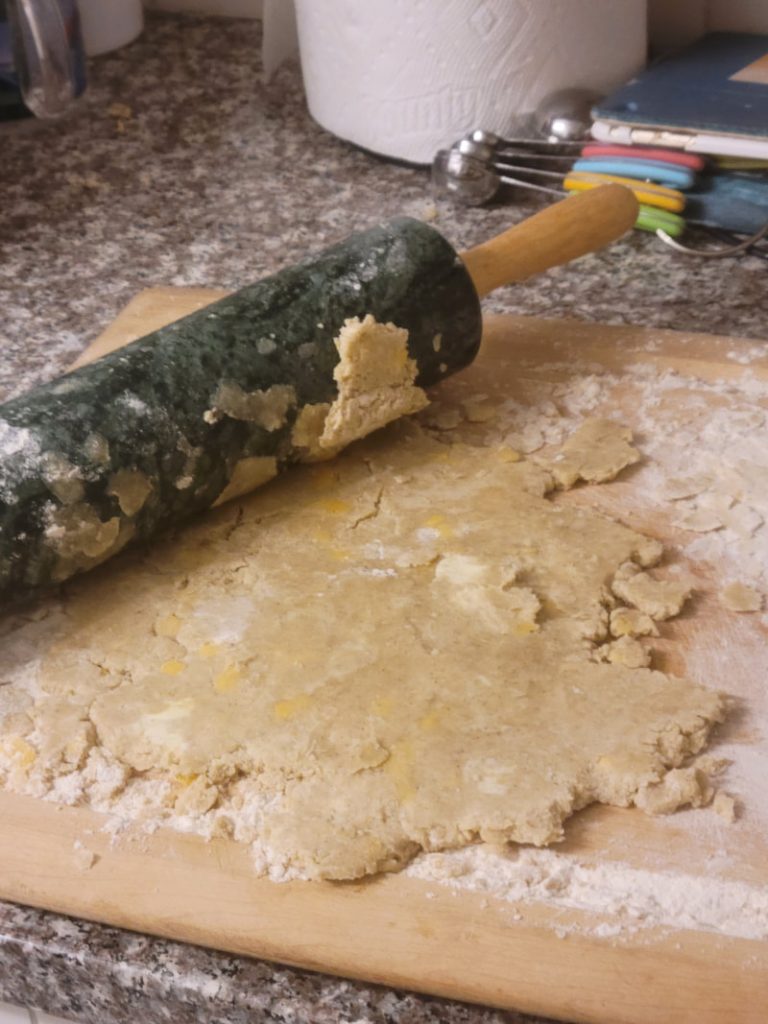 Normally over Winter Break, my big “me-time” outing would be going to a movie by myself in the afternoon, seeing something that neither Rich nor the kids would want to see, and which I would thoroughly enjoy partly because it’s such an indulgence, to sit alone in a movie theater in the middle of the afternoon. However, that was obviously not happening this winter break, so I had to find a new way to indulge myself.

The solution was to lose myself while following the recipe for a sausage-apple pie from Amy Traverso’s “Apple Lover’s Cookbook”, which was a Christmas present from my mom. The cookbook promised an hour of prep-time, but I spent over two hours putting the whole thing together.

That’s okay, because the other part of the indulgence was to have on “Working Girl” – the 1980s classic, while I baked. This was one of my favorite movies back when it first came out, and while it’s still charming, I don’t know that it’s aged well into the #MeToo era. I mean, Melanie Griffith is harassed and objectified, yet her main enemy is the only female she encounters who happens to have any power. Meanwhile, she Griffith get ahead because Harrison Ford finds her attractive and the other guy, Trask, finds her plucky. Plus, there are a lot of gratuitous shots of Griffith in her underwear.

Yet, I still found myself rooting for Melanie Griffith and singing along to Carly Simon’s “Let the River Run” and laughing at the film’s many funny moments, most of which include Joan Cusak.And perhaps this means I’m truly middle-aged (though I have been for a long time) but the comfort of revisiting a film from my youth while creating something homey, authentic, and delicious, brought me a happy kind of peace that I don’t often feel in this day & age.
And the pie was DELICIOUS!

View from above – Crust & Sausage with a few apples peeking out. 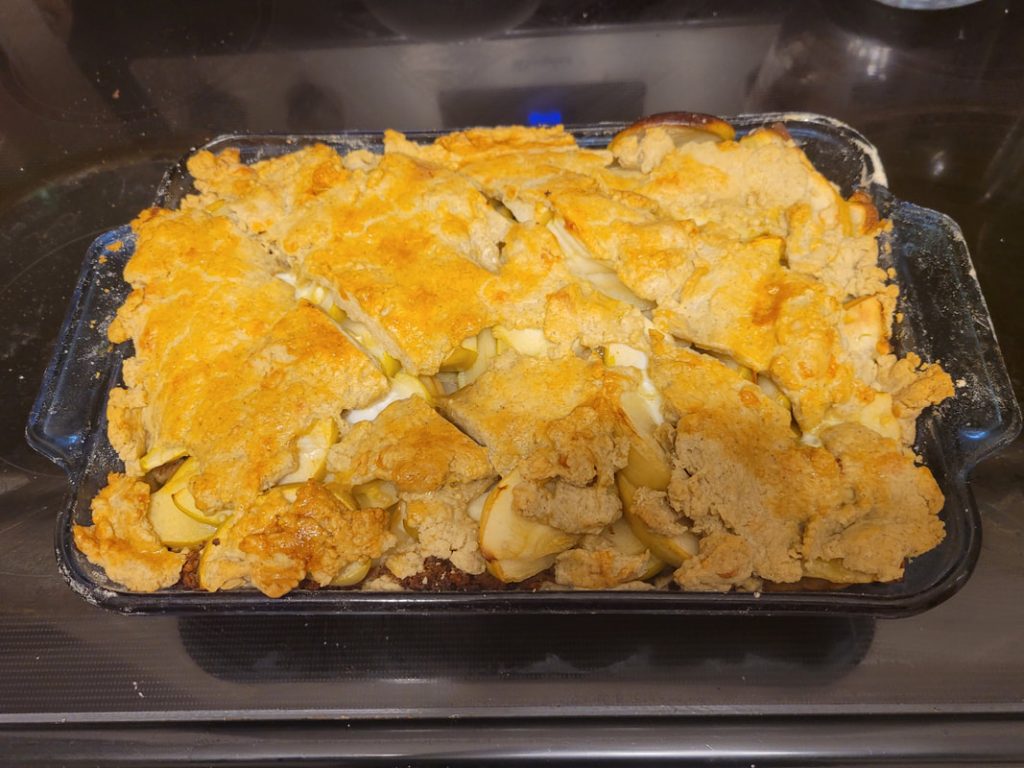 Fresh out of the oven!

Constructing the pie – the apples were supposed to have the skin left on!