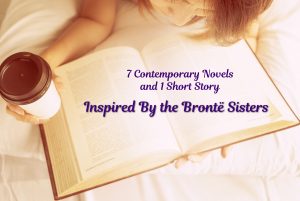 A contemporary novel inspired by the Brontë sisters?

The Brontë sisters, Charlotte (Jane Eyre), Emily (Wuthering Heights), and Anne (The Tennant of Wildfell Hall), all used elements of gothic romance in their novels. A gothic romance usually features a dark and foreboding atmosphere, a remote setting (like a creepy castle), a distressed heroine, and a brooding yet compelling hero (or anti-hero). Often there are supernatural elements, and some sort of secondary love interest to form a love triangle. You’ll find the most gothic elements in Wuthering Heights, but the other Brontë novels also fit the bill.

While the Brontë sisters did not invent the gothic romance, they certainly contributed to its evolution. Today, there are all sorts of gothic romances still being written, most of them are historical fiction.

However, there are also lots of contemporary novels that borrow from the Brontë sisters work, either directly or indirectly.

I’ve created this post about contemporary novels inspired by the Brontë sisters in anticipation of my short story, “Everything a Brontë Fan Could Hope For,” being published on 11/5/22 by the UK-based lit mag, Idle Ink. (See below for info about my story.)

But I also wanted to share a few of the interesting revisionist works of the Brontë sisters. A lot of what I found is based off Jane Eyre, but you’ll also find work inspired by Emily’s Wuthering Heights, and even a couple of works inspired by Anne’s The Tennant of Wildfell Hall.

Scroll down to find your next, great read. Click on the pictures or titles for the Amazon link! 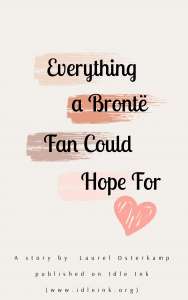 My short story, “Everything a Brontë Fan Could Hope For,” was inspired by Anne’s The Tennant of Wildfell Hall. It’s about the conflict that a lot of young women go through, when they’re torn between their romantic longings for a brooding, mysterious Heathcliff type of guy, and their feminist ideals. In the story, Annie goes to the library to check out a rare edition of The Tennant of Wildfell Hall. There must be something magical about the book, because the antagonist, the treacherous Arthur, comes to life and recognizes Annie as his love. Not only that, he swears he’s reformed. He begs Annie to come back to him. Annie is still a virgin and she’s eager for a night of passion. Can she give herself over to a bastard like Arthur, even if he’s only fictional?

You can read this story for FREE after November on Idle Ink! 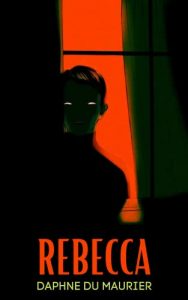 Rebecca by Daphne du Maurier is the very best example of a 20th century re-imagining of a Brontë novel, Charlotte’s Jane Eyre. The parallels are all there: a young orphaned woman meets an older man who’s enigmatic and wealthy. He chooses her, but she doesn’t understand why. She lives with him in his remote, somewhat creepy estate. They are haunted, either literally or figuratively, by his first wife. I would argue that all of du Maurier’s novels use similar gothic tropes found in Brontë novels, but if you’re a serious Brontë fan looking to read only one novel by du Maurier, go for Rebecca.

The Eyre Affair by Jasper Fford, is the first in a series of seven novels starring literary detective Thursday Next. Set in 1985, this is speculative fiction where the boundaries between real-life and fiction are deeply blurred. The premise: Jane Eyre is kidnapped from her own novel, and Thursday must crack the case. 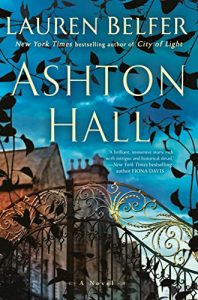 Ashton Hall by Lauren Belfer has shot to the top of my TBR pile. This book sounds amazing. A recently betrayed woman heads to a Brontë-like estate in Cambridge to help an ailing relative. Author Melanie Benjamin says it’s “Infused with the brooding, gothic atmosphere of Jane Eyre or Rebecca . . . a novel that must be savored, one page at a time.” But, just based off the description, it sounds more parallel to Anne’s The Tennant of Wildfell Hall, because they’re both novels about women who leave their husbands and who then must protect their sons. The book description states that the protagonist, “confronts what women throughout history have had to do to control their own destinies and protect their children,” which is totally what Anne Brontë’s most famous novel is about. 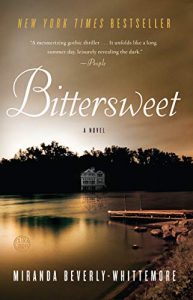 Bittersweet by Miranda Beverly Whitemore, has no direct correlation to a specific Brontë novel, but it’s advertised as “a suspenseful and cinematic novel that exposes the gothic underbelly of an idyllic world of privilege and an outsider’s hunger to belong.” Isn’t that every Brontë novel? I very much enjoyed Bittersweet, and kept turning the pages to discover who the true villain is. Here’s the premise: a Jane Eyre-like young woman named Mabel is befriended by her wealthy, glamorous, Catherine Earnshaw-like college roommate, Ev. Ev invites Mabel to spend the summer with her family at their vast Vermont estate, which is a dream come true at first. But then there’s violence, shocking revelations, and so many secrets to uncover. 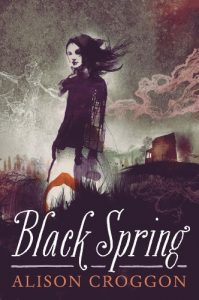 Black Spring by Allison Croggon, is inspired by Emily’s Wuthering Heights. This one is written for a YA audience, but it has supernatural elements and a post-apocalypse vibe. The Amazon description makes it sound really cool: In a savage land sustained by wizardry and ruled by vendetta, Lina is the enchanting but willful daughter of a village lord. She and her childhood companion, Damek, have grown up privileged and spoiled, and they’re devoted to each other to the point of obsession. 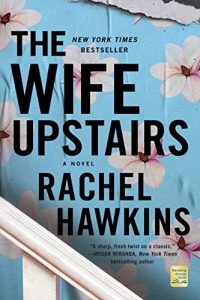 The Wife Upstairs by Rachel Hawkins is a reimagining of Jane Eyre, and it’s one of my favorite reads from the last couple of years. It’s also clearly inspired by the unreliable narrator/flawed protagonist psychological thriller genre that began with novels like Gone Girl and Girl on the Train. The novel goes like this: Jane is a dogwalker, and she meets and falls in love with the wealthy and desirable widower, Eddie. They quickly shack up together in his huge house, but then there’s trouble in paradise. Did Eddie’s wife, Bea, really die? Journal entries written from Bea’s point of view help the reader piece the answer together. Hugely entertaining! 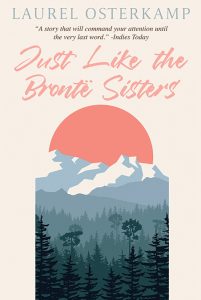 Just Like the Brontë Sisters by Laurel Osterkamp (that’s me!) is actually a modern retelling of Daphne du Maurier’s My Cousin Rachel. When I first set out to write it, I didn’t intend to layer in the Brontë references. But like I said, du Maurier’s work has so many gothic influences, that I just naturally went there. The story is about two sister, Jo Beth and Skylar, who share a deep devotion to skiing, and to each other. But the world is a crazy, mixed up place, with unreliable lovers, treacherous terrain, murder, and ghosts. I had so much fun writing this novel!