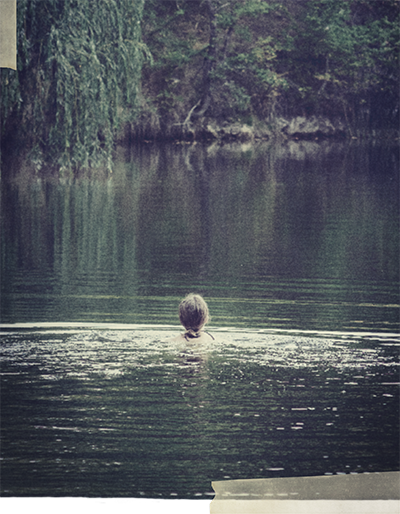 This fall, as part of my MFA program in Creative Writing at Lindenwood University I took a course in revisionist fiction. When I told them about the course, my friends and family would ask, “What’s revisionist fiction?” Revisionist fiction is when you take an original work, and riff on it. For instance, there’s the original Pride and Prejudice, and then there’s a plethora of revisionist works, like Pride, Prejudice, and Zombies, or Ibi Zoboi’s excellent YA novel, Pride, or Curtis Sittenfeld’s super-fun Eligible. In my course, we read two works, the New Testament, and Beowulf. As a final project, we were to write a single revisionist scene of the work of our choice. I chose Beowulf.

I knew instantly that it was the scene I’d want to revise when I came upon it while reading the novel. It’s a flashback, where the reader learns about a “swim challenge” that Beowulf had with his childhood friend, Brecca. They encountered monsters while braving the sea for nine nights. Ultimately, they’re separated, and it’s unclear who wins the challenge.

I aimed to keep that idea of monsters, and of man versus nature in the piece, as well as a man versus man conflict, with Beowulf and Brecca being in competition over a challenge so silly that the only reward is bragging rights. But in the end, the conflict I chose to emphasize the most is an internal one, which is why I put the scene in Brecca’s POV. I asked myself, “what if Brecca lied about the swim challenge to save face? What if something happened where he’d been forced to make a choice between saving himself, or saving Beowulf?”

I changed it so Beowulf and Brecca are modern-day teenage girls living on the border between Minnesota and Canada. This summer, I took a family trip up to Voyageurs National Park, and I became very intrigued with Rainy Lake and with the culture of a place that is so close to an international border. And, after doing some research, I realized that sturgeon can be huge and dangerous, even if they’re not predators like sharks. However, if Beowulf and Brecca had encountered one, they would have considered it a monster.

This is madness. But with Bae, my brilliant, beautiful, always-better-than-me cousin, sanity is not possible. She swims half a foot away, her pace only slightly faster than my own, navigating the motorboat-incited waves like she’s half eel.

I switch from the breaststroke, which is my favorite, to the crawl, the more efficient stroke when it comes to speed. She takes pity on me and slows down. Our heads above water, we use our mouths for talking, rather than for gasping or spitting out lake water.

“Remind me again why we’re risking our lives?” My limbs, already stiff with cold, are breaking the surface of Rainy Lake as I struggle to swim, mirroring the breaking in my mind. The nightmare of this expedition, like the lake itself, feels bottomless.

“To prove that we can,” Bae responds. “Everyone will go crazy after we’ve made it to Canada.”

“They’ll go crazy after we’re thrown in jail and left to die from hypothermia, as we sit in a puddle in our cement cell.”

“That’s dark,” she says. “And you’re being melodramatic. Getting to Canada will be easy.”

Technically, she’s not wrong. Our town of Rainy Bay literally sits on the border between Minnesota and Canada. Every day when I walk to school, there’s a certain bend I’ll round and my phone inevitably flashes with a notification, “Welcome to Canada. You may now incur roaming charges.” We can’t walk along the railroad that runs adjacent to the edge of town, not without Feds rushing out to stop us from crossing international borders. And Rainy Lake, with its hundreds of tiny islands and rocky curves, weaves between the two nations with no clear boundaries. Ever since we were kids, Bae has wanted to swim to Canada, mostly because she was told it couldn’t be done.

For this, there were three reasons that the grownups would give her: one, Canadians don’t like Americans sneaking in; two, the water temperature doesn’t ever rise above 80 degrees; and three, the sturgeon.

Sturgeon don’t attack, but they’re huge, up to ten feet long and potentially weighing 1000 pounds. A sturgeon collision would flatten us; we’d sink like a rock cast in a calm center, creating circles that would slowly spread and then suddenly stop.

A large boat motors by, turning the lake into choppy waves. I suppress a scream, knowing I risk sucking lake water into my lungs, were I to open my mouth so wide. Moments later, a September wind, sharp as a knife against the water’s mist, cuts between us, and Bae and I drift apart, like rubber duckies pulled into the vortex of two separate bathtub drains.

“Bae!” It’s the dark night sky, and not the saltless sea, that smothers my yell. From underneath, there’s movement, like the rumbling of a truck, were a truck gliding underwater.

I’ve always thought he was merely a legend, the biggest sturgeon in Rainy Lake, one who’s toppled boats and evaded fishermen for decades. They say white sturgeon can live to be 100, but still…Wryd Willie has always just been a story.

Then again, I sense a potential tsunami, and suddenly, I’m a believer.

“I’m not freaking out.” My voice trembles from a potent combination of cold and fear, and I wonder how long we’ve been in these waters. Five minutes? Five hours? It may as well be five nights.

There’s a thud and then a gurgling sound.

I yell for Bae again and am met with silence. Fear paralyzes me. My limbs refuse to swim towards where she might be. Forget about diving to find her.

Now the funnel is on the inside; this decision will define me. Swim to find her or reverse course and swim back to land. It’s not a decision made by my mind but by my arms and legs, which find agency and reach for safety, swimming toward the Minnesota shore.

Still, I know. Whether Bae lives or dies, from this night forward, I will never be able to live with myself.