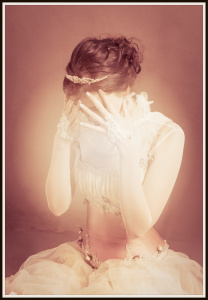 Anna and Dolly chat and Anna convinces Dolly to try and forgive Stiva. There’s a bit of foreshadowing when Dolly asks Anna if she could forgive her husband if he ever cheated on her. Anna has to think about it for a few seconds, but then she decides. She’s like, yeah, I could forgive. I’d never be the same, but I could forgive it completely, like it never even happened. 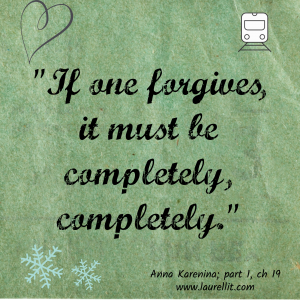 Anna and Kitty meet, and Kitty develops a girl crush on Anna, because she’s so stylish and cool. Kitty wants Anna to go to this ball next week, and Anna tells Kitty that she’s at a great time in her life: the end of childhood and beginning adulthood. Anna says, “It is delightful and alarming to enter the ballroom, bright and splendid as it is…. Who has not been through it?” And Kitty thinks to herself, “But how did she go through it? How I should like to know all her love story!” Kitty also remembers that Anna’s husband is not really a looker, nor is he charming. (Poor Kitty. She’s so genuine, and I already feel bad for her, knowing what’s coming.) Then, they talk about Vronsky. Anna already knows that Vronsky and Kitty are an item, because Stiva told her. Anna congratulates Kitty because Vronsky is a catch!

It’s late evening. Dolly and Stiva bicker in front of Anna, but Anna just charms the entire household, because that’s what she does.

Then, the doorbell rings. They’re not expecting anyone, so that’s strange.

Anna is on the stairs when Stiva opens the door to Vronsky on the other side. Vronsky and Anna meet eyes. 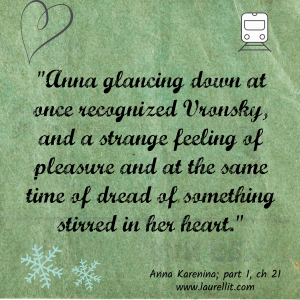 Vronksy seems sort of dismayed and embarrassed when he sees Anna. Stiva invites him in, but Vronksy hightails it out of there. At dinner, no one can figure out why Vronsky didn’t come in, and Anna worries about it. (Is it another omen of EVIL?!!)

Next up comes the ball. Spoiler alert: it doesn’t go well for Kitty. 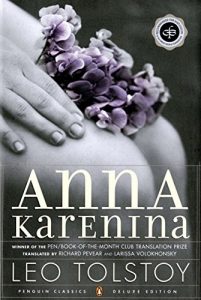 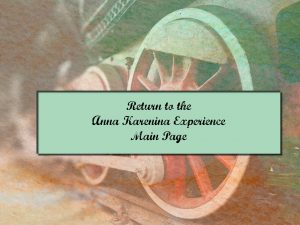