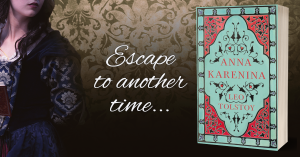 I’m experiencing some Anna Karenina ambivalence. Should I read the behemoth novel?

I remember many years ago, I was a brand new college graduate, excited at the prospect off freedom to pick what I would read in my downtime. Ambitiously, I decided on War and Peace as my first post-college pick, and I went out and bought a copy. I think I maybe got through thirty pages, tops.

Since then, I’ve gone through phases where I’ve sworn I’ll read all the books on those “Greatest Novels Ever Written” lists, but I haven’t gotten terribly far. (The Great Gatsby, Jane Eyre, Pride and Prejudice, Hamlet and The Color Purple…But these books aren’t always on those lists, or they’re low down. Not like Don Quixote and Lolita. And don’t get me started. If a female author wrote about a woman chasing windmills or about an older woman seducing a pubescent boy, would we have even heard of those books?)

Six Reasons Why I SHOULD Read Anna Karenina:

So, I’m still thinking about it, trying to decide. If any of you have read the novel, and have strong feelings about why I should or shouldn’t read it, please reply in the comments!

And if any of you are thinking you might take the plunge, there are lots of cheap Kindle versions of the novel on Amazon! 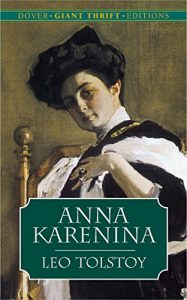