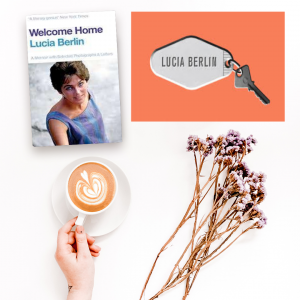 Lucia Berlin was a brilliant but mostly unappreciated author of short fiction. According to  The Guardian, Berlin focused on working class jobs in her stories, as she was from a scrappy working class background herself. At one time, she had a job as an emergency room nurse. That is not surprising, as her flash fiction piece, My Jockey provides stunning medical details combined with an ironic sense of humor and wit.

At the beginning of “My Jockey”, she states that she likes being an emergency room nurse because of the men she meets. This funny and compelling line immediately establishes tone and characterization, in just a few short words.  She focuses primarily on a jockey, and this is a bit of a surprise. Not to take anything away from jockeys, but Berlin seems to have a thing for alpha males, and jockeys have to be small; it’s part of their job description. Yet, his size and his passion becomes, through her writing, part of his powerful allure. “Muñoz lay there, unconscious, a miniature Aztec god. Because his clothes were so complicated it was as if I were performing an elaborate ritual.” When she cares for him, it’s as if he has become the colt that he rides. “He quieted in my arms, blew and snorted softly. I stroked his fine back. It shuddered and shimmered like that of a splendid young colt. It was marvelous.”

The image of the narrator carrying Munoz in her arms down the hallways is the opposite of what we often see on the cover of romance novels, with a large, broad-chested, shirtless guy carrying a damsel in distress, but the romance of the piece, even if it is tongue in cheek, is no less diminished. The story is super short, with precisely written sentences and ideas that shift easily. Munoz was also short and he had to shift easily too, until he fell and broke his collarbone. But Berlin was there to fix him up.

“My Jockey” is just one example of Berlin’s talent. She reminds me a bit of Dorothy Parker, in that she’s acerbic yet romantic, strong yet feminine. But she’s a working class version of Parker, needing to be scrappy and resourceful in ways that Parker did not have to be.

If you like short, funny fiction with depth, I recommend checking out Lucia Berlin.