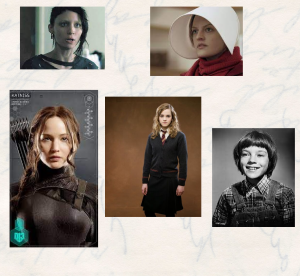 Has chat GPT taken the place of bloggers? To find out, I gave it a prompt similar to something I’d post about here on Laurellit.

The prompt: List and describe the five strongest  heroines from modern American novels.

Here was its response:

It’s an acceptable response, except neither Harry Potter nor The Girl with the Dragon Tattoo is an American novel. Also, Chat GPT included three characters under the age of eighteen, and the other two were in their early adult years. All of the heroines are white. All are from novels with movie adaptations. My list would definitely have been more varied and a little less obvious.

But if what this had been an essay assignment? Had a student turned this in, I don’t know if I could tell that it was written by an AI. But, I wouldn’t have given it a very good grade. There are no specific examples, just generalities. Also, four of the five descriptions end with “the world,” and that’s just annoying.

However, I’m sure there are ways to solicit far more sophisticated responses, and Chat GPT is going to be a huge issue in education. But what about fiction? Is Chat GPT capable of writing entire novels? I’m sure we’ll find out soon. In the meantime, The Washington Post published a story about a children’s book made entirely from AI. 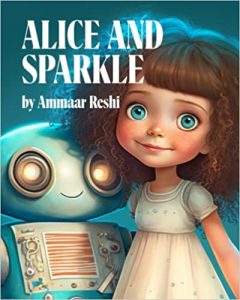 See Alice and Sparkle on Amazon

It’s called Alice and Sparkle, and apparently, the author, Ammaar Rashi, put it together as experiment for his niece. Both the text and images were created through AI, but he had to do do a lot of polishing and editing to make the story work. I think it’s sort of cute, but check out the reviews on Amazon. There are a lot of strong opinions!