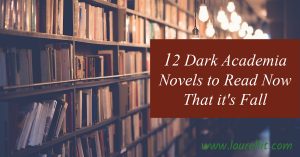 At this “back to school” time of year, it feels like all I should only be reading stories where the characters are dressed in tweed blazers, plaid shirts, and Oxford shoes. They should be conducting a late-night study session in the upper stacks of the library, where they discover dusty volumes of research filled with secrets. Or, they might go to a museum and then a coffee shop, to discuss their revelations about a conspiracy with deep roots in art, literature, or mythology. It is always either a windy autumn day or a blustery autumn evening, the smell of bonfire smoke lingering in the air. Duplicitous and elite students might threaten the protagonists in some way. If not, then a friendly professor who is hiding something will. Often, there is drug use and/or romance.

Always, there is danger. And it’s wrapped up in a cardigan.

I’m talking about the genre of dark academia, of course.

What is dark academia?

Dark academia books are often YA, but not always. They are always set in school: a college or university, an elite boarding school or prep school. Doesn’t really matter, though you’ll see Oxford or Cambridge often in dark academia. The stories are usually set in the fall, and there will be group of students, studying at some elite institution, who get involved in a mystery and/or tragedy. Dark academia celebrates academics, but with dark overtones.

If you enjoy this style of novel as much as I do, then read on. I’ve listed some of my favorites. Click on the title of each to see the book on Amazon.

The Secret History by Donna Tartt 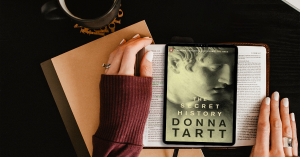 This is the novel that began the genre of dark academia. Richard, who is from a lower class Californian family, arrives at an elite New England college to study Ancient Greek. There he meets Henry, Bunny, Charles, and Camilla. When one friend gets murdered by the others, everything goes to hell. If you haven’t read anything in the dark academia genre yet, then I recommend starting here.

The Maidens by Alex Michaelides

A bereaved widow travels to Cambridge University to protect her niece, but gets drawn into investigating a series of murders of young women, all connected to a charismatic male professor. Nobody is what they seem in this one. 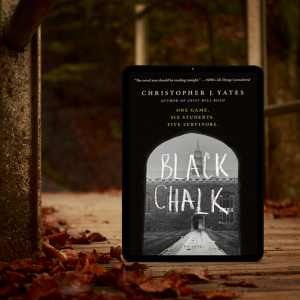 Six students at Oxford form a pact and play a game. They will dare each other to do truly outrageous things in public, and each must accept and perform the dare without explanation. Of course, things get out of control and someone dies and then, years later, the survivors are still truly messed up by the whole deal. It flashes forward & back, and you know something bad will happen in the present-day, but what?

Blue is very attached to her enigmatic father, but during her senior year at a private school in North Carolina, she is drawn into an elite group of film students and their favorite teacher, Hannah Schneider. Then, there’s a drowning and Blue must use her quick wit and cultural literacy to uncover the truth about the motivations and deceptions of whom she loves most.

The Prime of Miss Jean Brodie by Muriel Spark 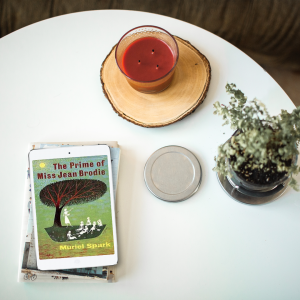 This one is a classic. Miss Jean Brodie is an aging beauty, a teacher in her “prime.” She recruits a group of students who adore her, all of whom she deems special in some way. But does she take their adoration for granted, and are they abused in the process?

The Lying Game by Ruth Ware

Four young women went to an English boarding school together, and some bad stuff went down. Years later, one of them sends the other three a message, “I need you.”

They all come running, and the story switches back and forth between past and present. Will the women be forced to reckon with the mistakes they made as teenagers?

The Ivies by Alexa Donne

Five young women at an elite prep school form their own clique called “The Ivies”, because each of them plans to get accepted into a different Ivy League school. Queen bee Avery believes she’s getting into Harvard, so Hannah never tells her that she applied. Early on, Hannah realizes she’s been accepted and Avery, who wasn’t, dies soon after. Was she murdered? And if so, does that mean that Avery is next?

I feel like this one flew under the radar and deserves more attention than it got. STAGS stands for St. Aiden the Great Boarding School, and Greer is a scholarship student. She and two other outsider students get invited by the popular kids to a huntin’ fishin’ shootin’ weekend at the manor estate owned by a student’s family. Slowly, the horrible realization settles in: Greer and the two other misfits are the prey. 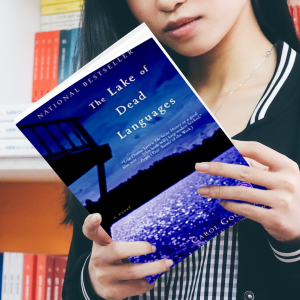 I adore pretty much every book by Carol Goodman. If Donna Tartt invented the dark academia genre, then Carol Goodman both expanded and refined it. She’s written a slew of books, all mysteries, all taking place at a college, boarding school, or prep school, and all inspired by some area of humanities. Lake of Dead Languages was her first. In it, Jane returns to a boarding school in the Adirondacks, where she was once a student, but now she’ll teach Latin. A tragedy from Jane’s past which took place at the school is revisited when pages of Jane’s old journal reappear. Shocking secrets are revealed and the painful truth must be confronted.

The Truants by Kate Weinberg

I love this one, because it takes place at the University of East Anglia, where I studied abroad for a year. It also draws on Agatha Christie and her mysterious disappearance as a backdrop for the present-day mystery. The story centers around Jess, who becomes enthralled both with her professor, Lorna, and with Alec, a journalist/student.

The Year of the Gadfly by Jennifer Miller

Iris heads to Mariana Academy, where she comes up against both the school’s strict honor code and a destructive secret society. Iris is a budding journalist and she is determined to find the truth, no matter the cost. When a book, Marvelous Species, seems to hold the answers Iris is seeking, she must choose between loyalty to new friends and confronting her own troubled past.

They Wish They Were Us by Jessica Goodman 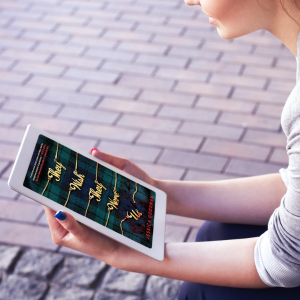 Jessica Goodman is a rising star in the contemporary YA mystery, and I especially loved They Wish They Were Us.  Jill is a “Player” which means she’s a member of Gold Coast Prep’s secret society. Now that she’s a senior, the stakes are high and Jill needs the players as she takes difficult exams and applies to college. However, new information about the murder of Jill’s best friend Shaila, who was killed freshman year, comes to light. Jill is compelled to uncover the truth, even if it means she could be next.