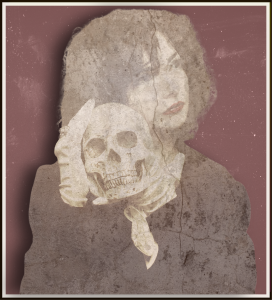 One thing any Shakespeare fan will tell you is that his plays have a timeless universality. Take Othello. Issues of racism are still extremely relevant. However, if I wrote a revisionist piece based off of the play, I would explore the extreme sexism and the misogynistic views that nearly everyone in the play holds, with the exception of Emelia. She astutely realizes that in regards to men and women, “They are all but stomachs, and we all but food. They eat us hungrily and when they are done, they belch us.” (Othello. 3.4.104-106) She also observes that men become jealous for no reason. Jealousy “tis a monster Begot upon itself, born on itself.” (Othello. 3.4.161-162)

I feel that in a modern version of the play, she would be the true tragic hero. I empathize with Othello and it’s clear that he was treated poorly because of racist attitudes. However, he never wavered in his belief that if Desdemona was unfaithful, he was justified in killing her. That is something I can’t get past, so I do not see him as heroic in any way. Shakespearean scholars would argue that Emelia can’t be the tragic hero, that it has to be Othello, or perhaps Iago, as a tragic anti-hero. I get that. But were I to modernize the story, I would choose not to worry about those conventions.

I also do not see Desdemona’s death as the most tragic in the story. She was so passive. Desdemona does not fight back, instead she cries in confusion when Othello accuses her of being a “whore.” She becomes resigned, and says that she doesn’t regret meeting Othello, that she still loves him. Yet, in the same breath she gives Emelia instructions on which sheets to wrap her in were she to die. (Because she realizes Othello will murder her soon.) I kept wanting to yell at her. Get out of bed. Run!! Defend yourself!

Emelia gets more upset on her behalf. She herself is in an abusive marriage. Iago treats her terribly, at point accusing her of sleeping with Othello herself. He implies that she’s easy, sleeps around, and is dumb. Emelia wants to please him, but also realizes the futility of trying to do so. When Desdemona asks her if she’s ever hurt Iago, she replies that she wouldn’t hurt him in heaven’s light, but she might in the dark. If she received “the whole world” in return, it might be worth it to cheat on or hurt Iago. She believes it is the husband’s fault if his wife cheats on him.

Only Emelia realizes that women are every bit as human as men are, and she believes that if men hit their wives, or keep money from them, or cheat on them, or become overly jealous, that women are justified in straying. Desdemona can’t conceive of this, and simply prays that she doesn’t become like Emelia.

When Emelia finds out Iago is to blame, she betrays him to Othello, out of loyalty to Desdemona. “May his pernicious soul rot a half a grain a day.” (Othello. 5.2.155-156) She calls Othello ignorant and demands to be heard. The men try to keep her quiet, but she insists on broadcasting the truth, even if she will die for doing so.

This week, as I’ve been thinking about Othello, I’ve found topics in the news that might reflect the play. There was a story about Sheena Greitens, the ex-wife of former Missouri governor Eric Greitens. He is now trying to run for Senate, and she has sworn in an affidavit that he abused her and their kids. She is an accomplished political scientist and professor. Were I to write a modern piece inspired by Emelia from Othello, I might use Sheena Greiten’s story as an additional inspiration. Eric Greitens sounds like he was jealous, abusive, and possessive, just like Iago. He is also very ambitious. I’ve also been struck by the confirmation hearing of Ketanji Brown, and the racist and sexist treatment she’s had to endure. I could see a Iago-like character feeling threatened by being surpassed by a black woman and plotting to bring her down. I would hesitate to write from the black woman’s POV, however, because I don’t want to veer into cultural appropriation. Who am I to write about the experience of racism?

As I figure out what will be the final story for my thesis (I am done earning my MFA in creative writing this spring), I’m going to continue to mull all this over. I know I want the story to be political and revisionist. So, it will take place in a modern government setting, and it will be inspired by Shakespeare, most likely either Othello or Macbeth.