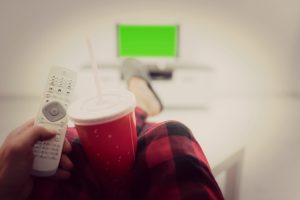 Lately, I’ve been laid up, after having an unexpected, traumatic tooth extraction, and then coming down with Covid. I am fully vaccinated, boosted, practice good dental hygiene, rarely go out and wear a quality mask whenever I do – so this state of affairs has felt extremely unjust. (I am in the process of writing the whole story in far more detail, so please stay tuned for that post.)

Anyhow, I have been in pain, exhausted, and unable to do much, so I have been watching more TV this last week than normal. It is rare for me to watch a movie by myself when I am not working out. Yet, in the last week, I’ve watched several. And although I WAS fairly out of it, I couldn’t help but analyze them nonetheless. Below is what I watched, and my thoughts on each one. 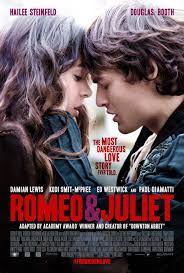 Romeo and Juliet: I’ve taught the play many times in my 9th grade English classes, and that would culminate in watching a film version, either the one from the 90s with Leonardo DiCaprio and Claire Danes, or the one from the 60s, by Zeffirilli. I love both of those versions, so when Julian Fellowes of Downton Abbey fame released a version in 2013, I didn’t pay much attention, especially since the reviews weren’t that great. It was okay. There was nothing new brought to the story, and Hailee Steinfeld was not a good choice for Juliet, in my opinion. But it was pretty and the cinematography was nice. I watched this right after my tooth had been pulled, and it was distracting enough. 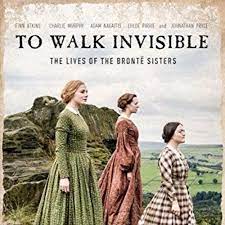 To Walk Invisible: This film was made in 2016, and it tells the story of all three Bronte sisters and their path to publication. The acting in this was good, and I enjoyed the history, but ultimately, I was disappointed. I thought the film spent way too much time on the womens’ brother, Branwell. He was a disaster, addicted to alcohol and opium, in love with a married woman who rejected him, and unable to pull himself together. I get that his dysfunction helped shape Anne, Emily, and Charlotte, but I wanted less of his story and more of them. I wanted to know how they got their ideas for their stories, and more about the dynamics of their sisterly relationship. 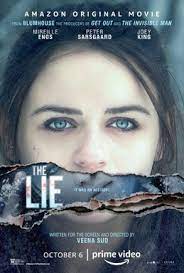 The Lie: In The Lie, Joey King pushes her best friend over a cliff in a moment of rage. Then, her divorced parents, Peter Sarsgaard and Mireille Eno, try to cover up the crime, which includes deceiving the police and trying to outwit the dad of the best friend. It was hard to know who to root for in this film, but it grew on me. It’s a remake of a German psychological horror film, and I definitely got that artsy vibe. I watched this when I was pretty sleepy and not all together with it, so I missed some stuff. Then at the end, there was this major plot twist, and I had to go and rewind to make sense of everything, But that’s more about me than the film. 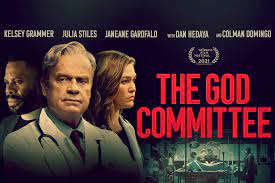 The God Committee: This film stars Kelsey Grammar and Julia Stiles. They both play doctors who serve on a committee who must decide who is next in line to receive a heart transplant. The story flashes forward to when Grammar’s character is developing his own transplant technology, while he is in desperate need of a transplant himself. Then it flashes back, to when the committee must make a decision in 45 minutes about who will get a heart: the abusive, drug-addicted son of a hospital donor, a woman who doesn’t want the transplant, or a man with a family who does want it, but probably won’t live long even if he were to get it? Everything has repercussions and it’s an interesting story, but I couldn’t past one thing. Kelsey Grammar and Julia Stiles were supposed to be romantically involved. I looked it up. He’s 26 years older than her. Eww. I could see a fifteen year difference, or even twenty – but I just couldn’t buy their relationship. They should have cast a younger actor than Kelsey Grammar. 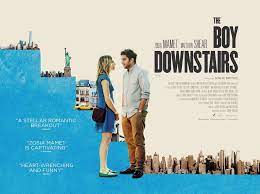 The Boy Downstairs: This film written and directed by Sophie Brooks was delightful. Definitely the best thing I watched during my Covid/tooth extraction haze. It takes place in New York, and Zosia Mamet plays a young woman who returns to the city after being gone several years, and inadvertently moves into an apartment where her ex-boyfriend, played by Matthew Shear, lives downstairs. Their dynamic is so real and genuinely funny, yet touching at the same time. The movie is understated and leaves a lot for the viewer to infer, but it gives just the right amount to feel satisfied. I highly recommend it! 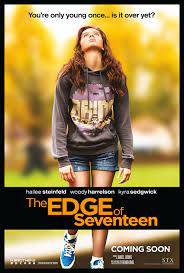 The Edge of Seventeen: Another film starring Hailee Steinfeld, but this was a much better role for her. She plays a teenage girl who feels like she doesn’t fit in. Her only allies are her best friend and her history teacher. Then, when her best friend falls in love with Steinfeld’s character’s perfect brother, she has a crisis.  If the premise sounds a little silly, that’s because it is, but the movie was entertaining nonetheless. Kyra Sedgwick and Woody Harrelson were great, and I liked the script. However, I had to laugh at how teenagers were depicted. Like, I’m supposed to believe that Hailee Steinfeld and Hayden Szeto, who plays her love interest, are misfits? They’re both gorgeous, and would be worshiped in any high school they set foot into. Still, the movie was worth watching.