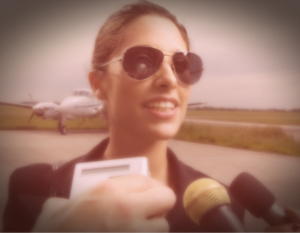 Political Women’s Fiction. Is there even such a thing?

Umm, maybe? First, let me explain what I mean by the term:

Women’s Fiction = novels usually written by women, and always for an intended female audience. They must have a strong female protagonist who engages in a journey of self-discovery. Romantic, family, or rags-to-riches subplots can certainly be part of the story, but they are secondary to the primary plot of self-discovery.

Political Fiction = According to Wikipedia: “Books in the political fiction genre are made up of stories that provide commentary on political events, systems, and theories through a narrative tone. The books in this genre often directly criticize an existing society, or present an alternative to an existing society or political structure.”

Thus, Political Women’s Fiction has a strong female protagonist who is on a journey of self-discovery, and she is also engaged in politics in some way or other. There will probably be commentary or a clear point of view about political systems, and there will also most likely be romance, family drama, and other personal intrigue. Political Women’s Fiction hopefully tells a good story of a woman who achieves and uses her power, and how she balances that power within the expectations of modern society.

So, does “Political Women’s Fiction” even exist?

I did a search for the term on Amazon, and the top results were often nonfiction, like A Vindication of the Rights of Women by Mary Wollstonecraft. Or, they were political thrillers written by men, presumably for men, with covers that have helicopters and silhouettes of guys running from explosions. Also listed was Kellyanne Conway’s memoir Here’s the Deal, and some billionaire romance novels, whose covers featured ripped, shirtless guys.(I guess they are fit billionaires who are also in politics?)

The truth is, contemporary political fiction that is written both by women and for women is few and far between. I’m not sure why that is. Maybe I’m just strange, but I love politics and I love reading novels with strong female protagonists, and when those two things merge, I’m thrilled. 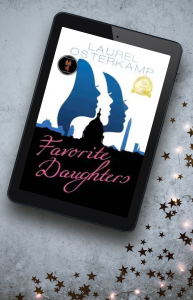 Favorite Daughters is released at the end of August, and lately I’ve been on a quest to find other books like the one I wrote: political women’s fiction. But there just aren’t a ton of books like that out there.

Below is a list of what I’ve found so far. Many of the novels are by women who have worked as elected officials, members of the press, and/or on a politician’s staff.  I tried to only include novels where the female protagonists were in politics themselves, as opposed to being wives, daughters, or girlfriends of politicians. I don’t know that all of the novels included have women on a journey of self-discovery, but here is what I found…

When Justice Sleeps by Stacy Abrams 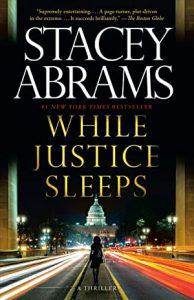 Hooray for Stacy Abrams! Apparently she wrote a handful of romance novels before she began her political career. Then, she wrote her first legal thriller, While Justice Sleeps. I like a good thriller, but I’m more inclined to read psychological suspense. Still, this is definitely on my TBR list.

“I really loved the main character, Avery. She is a law clerk in Supreme Court Justice Wynn’s office. When Justice Wynn’s health takes a turn that leaves him in a coma and he appoints Avery to be his power of attorney everyone is left with questions, including Avery. This book is a wild ride and Stacey Abrams can do anything!”

When Justice Sleeps by Hillary Clinton and Louise Penny

I love that one of Hillary Clinton’s first projects after the 2016 election was to write a novel with Louise Penny. You don’t have to look to hard to find some parallels to Clinton’s own career.

“Fast paced, extremely well written- and extremely disturbing. Truly a novel of our times, touching not just on the terror of a nuclear bomb threat, but also on the growing chasms in our world. The rising sense of disenfranchisement between people in our society, the threat brought by social media to the perceptions of reality and the growing inability and worse, unwillingness of people to demand facts and truth.” 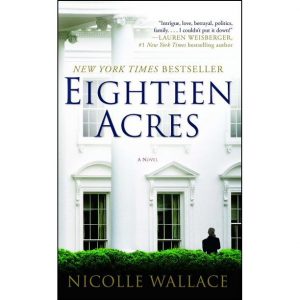 I had no idea that Nicole Wallace wrote a whole series of women’s political fiction! For some reason, none of my searches on Amazon yielded results. I found her books by doing a search on Scribd, a website that is a must for a book junkie like myself.

Anyway, since I’ve only become aware of her novels, I have not read them yet. I plan to listen to her audiobooks off Scribd (they are free with a subscription.)

“It’s almost uncanny that a story published in 2010 is so reflective of the times we live in, a decade later. Millions of women anticipated a Hilary Clinton presidency, as our First Madam President. We looked forward to the magic a well educated, prepared, woman could bring, to the hardest job in the world. Wallace has given us a chance to go behind the curtain, put some meat on the bones of our ‘what ifs’, and take the roller coaster ride with Madame President. It was a Thrill.”

A Time to Run by Barbara Boxer 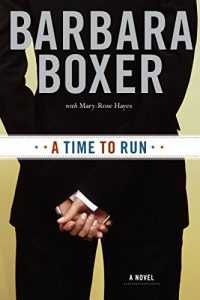 Barbara Boxer was still a Senator when she wrote this novel. How did she find the time? This one I have actually read; I saw Boxer interviewed on Stephen Colbert when her novel first came out. I loved the inside look into the U.S. political system.

“Boxer is not idealistic about politics in this book; she portrays reality. She uses her fictional characters to show that politics is very far from being fair or perfect. Even though I already knew what the political arena is like most of the time, she helped remind me that it is not always as bad. She uses Ellen, her main character to show that anyone can succeed in politics with motivation, hard work, and a genuine concern for the welfare of others.” 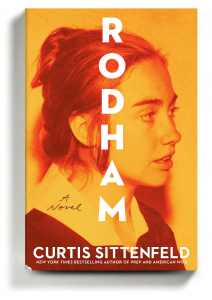 Curtis Sittenfeld’s Rodham is speculative fiction that answers the question: what if Hillary hadn’t married Bill? It’s a brilliant premise for a novel, and a great follow up to Sittenfeld’s earlier novel, American Wife, which was inspired by Laura Bush. Sittenfeld’s work is what I often compare my own novels to, and I realize I’m flattering myself with the comparison. But, since Favorite Daughters is inspired both by the friendship between Chelsea Clinton and Ivanka Trump, and also a bit by AOC, I feel like our genre is the same. I am a huge Sittenfeld fan and highly recommend her books.

“With RODHAM, Sittenfeld has really accomplished something remarkable: Who is Hillary without Bill? She hasn’t wholly rewritten history, but given Hillary her due. While also delving into the deeply disturbing hatred for Hillary by a large swath of middle class America.” 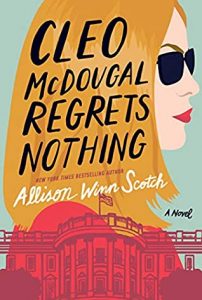 Read my review of Cleo McDougal Regrets Nothing here.

“There probably couldn’t be a more perfect time for Cleo McDougal Regrets Nothing to be released. The only problem is everyone is going to wish Cleo was real and that she was running for president. Cleo has all of the characteristics we’d want. She’s smart, funny, kind and reflective. In fact, she might be too reflective as she tries to make amends with all of her past wrongdoings.” Since Charlotte Walsh is one of the few novels that fits my definition of political women’s fiction written in the last decade, I wanted to include it. However, I started reading it a while back, and it wasn’t for me. It comes down to personal taste. Lots of people really enjoyed it, like this Amazon reviewer who gave it five stars:

“A fabulous read. This tale follows Charlotte Walsh from the corner office of Silicon Valley to the trenches of running for Senate as a woman in today’s political climate. Ms. Piazza manages to place humanity back into the system, warts and all, while exploring the hypocrisy inherent in the gender wars of politics. It’s a tale of coming home, of prioritizing life, of secrets withheld and secrets exposed, of the drive it takes to run for office and the toll it exacts on all involved. The end saw me leap off the couch with … well, I’ll let you decide with what for yourselves. Highly recommended.” 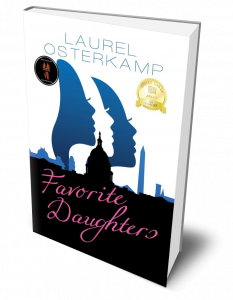 Favorite Daughters won’t be released until August 25th, so there are no Amazon reviews yet to share. You can, however, pre-order by clicking on the link. In the meantime, here is a Goodreads review by my fellow BRW author, Gail Olmsted, author of Miranda Writes.

“…Rumors swirl, lies are exposed and everyone’s secrets are revealed in Favorite Daughters; a tantalizing look into the underbelly of American politics, seen through the eyes of an idealistic and brave young woman determined to make a difference in the world. Five stars!”