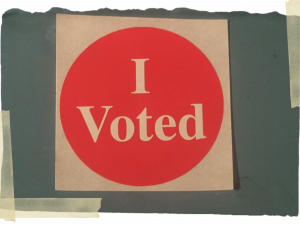 My Next Story Will Be About an Election Judge & I’ll Tell You Why:

But first, a disclaimer. I have multiple stories that need revision, and then they will hopefully be published & released soon. So it will probably be a while before this “Election Judge Story,” which is just a glimmer of a thought in my muddled brain, will come to life.

Why do I plan to write about an election judge? Well…

If you didn’t see it, here’s a recap: Shaye and her mother were election judges in Georgia. After Trump lost the state, Rudy Giuliani targeted them and he lied, saying they had an elaborate ploy to destroy ballots cast for Donald Trump and then to steal votes for Biden. Trump called them out on Twitter and called them hustlers. It ruined their lives when they received multiple death threats and racist attacks, and it was no longer safe for them to go out.

Now, I know I can’t tell Shaye’s story. An African American election judge from Georgia who receives racist death threats is not my story to tell. But some of what she said, and what the media said after her testimony, really inspired me.

So, I’ll go to my training and I’ll be an election judge, and hopefully I won’t have to experience anything close to what Shae and her mother went through. I will do my part to make sure that election day goes smoothly, and I will also brainstorm ideas for my next story.